“Whenever politicians and rulers, from Nero onwards, interfere with monetary arrangements for political ends, disaster follow.” – John Chown, A History of Monetary Unions. 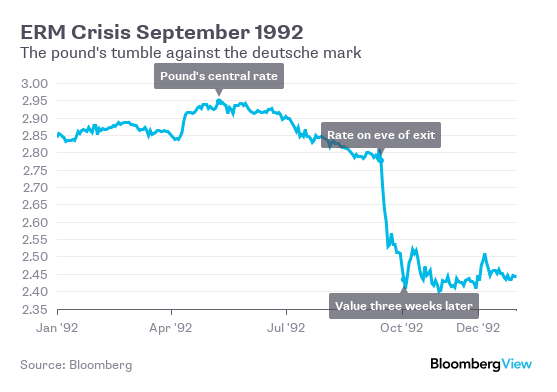 Currency remains one of the great potential uncertainties surrounding the debates about Scottish economics and independence. Last year I published the various options facing an independent Scotland along with the merits and demerits of each. Having selected as the preferred option an independent £Scot initially pegged to the Pound Sterling, Common Weal subsequently published a detailed plan on how precisely to go about making this currency a reality. Rather pleasingly, the news this week coming from the Scottish Government’s Growth Commission hints that they are looking at things from very much the same point of view as we have and may well be coming to the same conclusion.

The main lesson of discussion about currency options is that all of them have their disadvantages along with their advantages and one of the primary disadvantages of this option lies in the peg to Sterling, particularly if it is to be maintained beyond the transition and launch period of the new currency. There could be the potential for the international speculative market to mount an attack on the currency in order to knock it out of the peg (as infamously happened to the Sterling in 1992 when it was knocked out of the European Exchange Rate Mechanism). A discussion of the likelihood of this happening and how one can defend against it is therefore required.

As with many things of this nature, the detailed study of this kind of thing can run rather to the technical (the links there are made available for those who wish to study them) so I’ll attempt to break it down into something a little more accessible.

What Makes a Currency Vulnerable To Attack?

The entire purpose of a currency market is to allow that market to determine the most efficient price of the currency. This is generally only considered an attack when the currency is pegged to another. When the currency floats, a market driven price movement is considered the entire point of the exercise. This is part of the reason why “Black Wednesday” came close to bringing down the UK government whereas the 2016 Brexit devaluation was much less politically damaging despite being a larger depreciation in percentage terms.

So why attack a currency in the first place? There are multiple reasons but they essentially boil down to one. The peg is perceived as being “wrong” for the currency and the economy it supports. Either it is over or under valued. Usually it is the former as politicians tend to link a “strong” currency to national pride cases of undervaluation such as in China or Germany do exist (It should be noted that neither of these economies are under serious speculative attack at present).

Before an attack happens though the speculators need to be sure of one of two things. Either A) The country under attack lacks the will to defend the currency peg or B) It lacks the tools to successfully defend against it. If the attack fails, then the speculators could be out of pocket to a very significant degree. Whilst George Soros infamously made off with £1bn in 1992, there are reports that he had to borrow some £6.5bn to do it. He was sure of his bet and it certainly paid off for him that time, but that’s still a big gamble to take and lose.

How to Defend a Currency

An attack can be defended in one of two ways (or a combination of both). First, the Central Bank can raise interest rates to discourage further borrowing of the currency (if interest payments on the loans exceed the expected gain, speculators will back off) and to encourage investors to start buying currency at the same rate as it’s being sold (so they can benefit from the increased returns on the interest). Or Secondly, the Central Bank can sell foreign reserves and buy their currency back themselves to limit supply and force the value back up. If they do this until the attackers themselves run out of the ability to borrow more of the target currency then the attackers give up and take the losses. (For an undervalued currency, the tools are used in the opposite direction as China is currently doing)

The third option is to consider both the economic and political situation and decide that if the currency really is mis-valued and that the political cost of unsuccessfully (or perhaps even successfully) defending the currency is too high then the defence simply isn’t viable. In this case the peg is dropped and the currency is intentionally allowed to revalue.

Herein lies the risk for Central Banks. The cost – which can take the form of higher interest rates, higher inflation, depleted national reserves, lower GDP and higher unemployment – of unsuccessfully defending the currency may be much higher than not defending it at all but not defending may carry a higher cost than a successful defence.

It is important to note that the failures to defend a currency are often higher profile than the successes which, by their nature, do not generate so many tabloid headlines or history books. At least one study has noted that of the 163 speculative attacks identified between 1960-2011, 42 were not defended against, 34 were defended unsuccessfully and 87 were successfully warded off.

To look at the 1992 Black Wednesday example caused when the GBP dropped out of the Exchange Rate Mechanism. The ERM (which was the precursor to the Euro) essentially pegged member currencies to the German Deutsche Mark. The value at which the GBP was pegged on entering – 2.9 DMK/GBP – was considered far too high and opened the road to the infamous speculative attack. The Bank of England responded by raising interest rates from 10% to 15% on the day of the attack and they sold £4bn worth of reserves (almost £8bn in 2017 pounds and about 1/3rd of what they had in reserve at the time). This turned out to be insufficient and the peg was eventually abandoned. The exchange rate fell to 2.413 DMK/GBP and the GBP fell out of the ERM. Papers released from within the BoE in the years since have mulled over the impacts and costs of their defence strategy, the causes of its failure and whether or not it was worth mounting in the first place.

So would this apply to Scotland in the event of our independence? There’s never a certainty with these things and the state of the international money markets are that size of one’s economy is probably no sure defence against all possible attacks (short of erecting massive capital controls and isolating Scotland from the global trade market, but this too carries its own consequences). However, I do believe that Scotland would be less vulnerable to a speculative attack than some may suppose for the following reasons.

First (and possibly most importantly): If we peg to Sterling then it’ll be on a 1:1 basis therefore will be at the same value that it is currently. To believe that the £Scot is over or under valued is to believe that the GBP is currently, right now, unsuitable for the Scottish economy which begs the question of why we’re even in a currency union with rUK. This may change post-independence as our economies diverge but in that case the question of whether or not to continue that 1:1 peg opens up. I personally think we’ll either float the £Scot or move to some kind of basket peg shortly after the three year transition and launch period but this is ultimately a political decision as well as an economic one and it may be that the option to move away from the Sterling peg is one debated and decided by the second independent Scottish Parliamentary elections. If a party wishes to hold to the Sterling peg (or any other) then it’ll be for them to determine if that’s a viable option and to convince voters of the same.

Second: We’re proposing to hold rather substantially more foreign reserves than the UK holds as a proportion of GDP. We’re looking initially at somewhere between £15bn-£40bn (Common Weal is currently working on a formal paper looking at how precisely we’d generate these reserves though I have spoken about it somewhat here) with options to use the normal tools available to normal, independent countries to adjust this amount as required. Combined with the lower available trading volume of being a smaller currency (one can only even potentially borrow as many £Scots as exist, especially if it is issued solely by the Central Bank) then this should be sufficient to hold off an attack or even just to display that we’d be willing to do so. Combined with tighter regulation and legislation on the financial industry Scotland should present itself to the world as a country upheld by its strong and reliable approach to fiscal and monetary policy.

Third: Interest rates are at an all time low which gives a fair bit more scope to raise them in the event of an attack than was the case in 1992. One has to be a bit cautious with this though as our private debt levels (particularly mortgages) are leveraged to the hilt so there will be severe consequences if this lever is pulled too hard. This said, the low interest rates are also crippling savers, investors and pension holders. They could well benefit from a raised rate such that an “attack” by the market may well come to be seen as a signal to change political and economic policy rather than a simple profiteering exercise by the speculators. As with life, balance in all things is best.

In short, Scotland is probably less likely than feared to suffer a speculative attack on the currency in the short term following independence and more than able to defend against more should it happen, particularly if we keep the heid and approach the separation rationally and in a well planned manner. Beyond this, it shall be a matter of analysing both the economics and the politics of the situation and never becoming too attached to any particular choice so that if a successful defence of the currency can be mounted, it should, if not, it shouldn’t and if a peg should be modified, changed or abandoned then it must.

9 thoughts on “We Need To Talk About: Defending Currencies”