Scotland has become a strange country where videos from Government feeds regularly trend around social media, has it not? Gloriously so, I think.

Two such videos are, as of writing, doing the rounds.

One being Brendan O’Hara, the new SNP MP for Argyle and Bute, and his maiden speech in the House of Commons.

I’m not going to take anything away from this speech. It is a wonderful one. My concern lies instead with the other video going around. Namely, the reply from the Conservative MP Jacob Rees-Mogg.

This reply is being held up as some kind of paradigm shift within the House of Commons’ attitude towards Scotland and the SNP. I, however, was reminded of a passage from Aneurin “Nye” Bevan’s memoirs, “In Place of Fear” published in 1952 (page 7-8 of the First Edition).
END_OF_DOCUMENT_TOKEN_TO_BE_REPLACED

In my previous post, I outlined the Conservative plan to strip you of your Human Rights and replace the ECHR (Full text of the Convention here: http://www.echr.coe.int/Documents/Convention_ENG.pdf) with a British Bill of Rights. I maintained then that I didn’t believe that the Tories actually want to remove, in general, any of the rights within the bill but do want to give themselves the power to remove your rights selectively whenever it chooses to.

We will still have to wait to see what any proposed British Bill of Rights actually contains to see if this prediction bears fruit but while reading up on this it has become quite clear to me that several imposed or proposed policies skirt a very fine line with regard to the articles within the ECHR. I’d hazard a guess that if any of your Human Rights are to be removed then the following would be the ones to watch.

END_OF_DOCUMENT_TOKEN_TO_BE_REPLACED 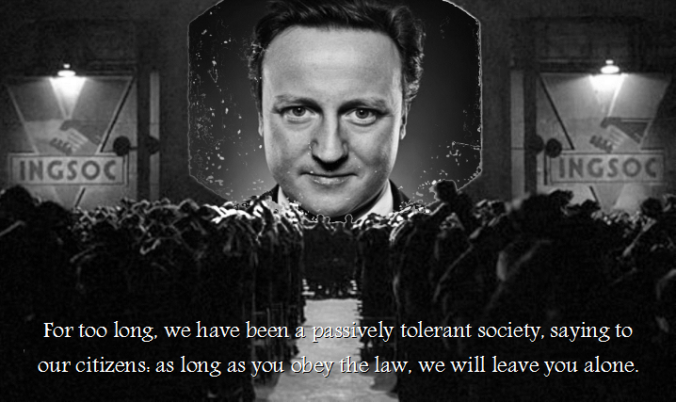 “For too long, we have been a passively tolerant society, saying to our citizens: as long as you obey the law, we will leave you alone.” – David Cameron, 13th May 2015

Well, that didn’t take long, did it? No sooner than a few days after the news that we’re to endure another Tory majority government (albeit one with a majority only barely greater than Major’s 1992 fragile win) and we see what’s in store for us. Almost first on the agenda, an aggressive move against our civil liberties and a move to withdraw the UK from the European Convention on Human Rights.

To understand the significance of this we need to look at the history of the convention and why it came about.

Like much of the early history of the European Union and other such institutions, the ECHR was birthed from the recoil from the horrors of the Second World War and was drafted by the Council of Europe in Strasbourg in 1949. It sought to match the then newly drafted Universal Declaration of Human Rights and was part of the wider strategy by the Allied nations to ensure that no government or country could attack its own or any other populace with the severe violations committed during the war. Over 100 parliamentarians from twelve countries, including the leading role played by the UK, drafted the 59 Articles of the Convention.

Some of these articles are so self evident; such as the right to marry and raise a family, protections against torture, the right to life and freedom from slavery, that it may be a wonder to some that they have only been put into such a convention within living memory. And yet, Cameron would sweep them away. What could possibly scare him so?

Certainly Article 7’s clause against retroactivity may yet cause him problems due to the debacle in 2013 when Iain Duncan Smith’s Workfare program was deemed unlawful until the government decided by fiat that it was and always had been. (See: http://anotherangryvoice.blogspot.co.uk/2013/03/dwp-retrospective-law-fascist-workfare.html)

Even Article 16, which prohibits EU nations from considering other EU citizens as “foreigners” has serious implications for his attempts to restrict welfare, the right to work and the right to free movement within the European Union.

But from what’s been said just this week, it seems that what Cameron is most interested in is avoiding a repeat of the 2009 instance of the near-breach of Article 15 on derogations from the Convention in extremis. In that case (A v United Kingdom: http://hudoc.echr.coe.int/sites/eng/pages/search.aspx?i=002-1647) it was found that while the UK was right to apply to partially suspend the convention in the wake of the Sept 11th attacks the measures it actually took (extending detention without trial and control orders to British citizens as well as foreign terrorists) were disproportionate.

I rather suspect that Cameron’s attempts to replace the ECHR is less about removing the rights entirely but about allowing the government the “flexibility” to bend the rules whenever someone becomes an inconvenient embarrassment much like the case of Abu Hamza al-Masri who spent ten years successfully arguing that it would be illegal to extradite him to a torture using country to face prison conditions which would be considered degrading under British law and where he could possibly face the death penalty (i.e. The United States of America). Now, al-Masri was not a pleasant person and when he finally was deported he was duly tried, found guilty and incarcerated for his crimes but to scrap the entire basis for our human rights just to speed up the getting rid of such inconveniences is simply beyond the pale. It opens us all up to the time when we, too, become an inconvenience. As Cameron has stated, it is no longer a matter of whether we break the law or not.

Our Human Rights are just that. They are Rights. They are not suggestions to be ignored by the government at will. They must be protected and we must oppose the government’s inhumane attempt at authoritarian control.

It has long been the last defence of the proponents of the police state that those who have done nothing wrong have nothing to fear.

It is time for those people to step up now. Read that quote in the opening again. That defence has been shattered by the Prime Minister’s words today. What is your response now?

The Full Text of the ECHR: http://conventions.coe.int/treaty/en/Treaties/Html/005.htm

The Scottish Government’s adoption of the ECHR: http://www.gov.scot/Topics/Justice/law/human-rights/Europeanconvention

More on the ECHR and Scots Law: http://www.scottishhumanrights.com/careaboutrights/howaremyhumanrightsprotectedinlaw

The implications for Scotland if ECHR is abolished: http://www.scottishhumanrights.com/careaboutrights/howaremyhumanrightsprotectedinlaw

14 Myths about ECHR spread by the press: http://rightsinfo.org/infographics/the-14-worst-human-rights-myths/

How abolishing ECHR could lead to indyref2: https://commonspace.scot/articles/1322/michelle-donnelly-why-abolishing-the-human-rights-act-won-t-make-britain-any-more-sovereign-and-could-be-the-road-to-indyref2

Now that the polls have closed and we’ve got that agonising wait till we either crash out watching the TV pundits searching for anything to say or the results actually start coming in, I thought I’d throw out some completely informal, mostly gutfeel-based predictions of the numbers of seats won by each party.

END_OF_DOCUMENT_TOKEN_TO_BE_REPLACED

My letter to the Carluke and Lanark Gazette, printed on Wednesday 6th May, 2015.

A copy of the text is below the fold.

END_OF_DOCUMENT_TOKEN_TO_BE_REPLACED 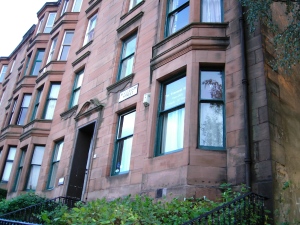 Housing is always a touchstone issue during election campaigns and this one is most certainly no different. Two of the most oft-quoted in the manifestos this time round are: “How can we build “Affordable Housing”?” and “How can we afford to build them at all?” It seems strange that we are quite content to allow banks to borrow, or even flat out create, the funds it requires to supply us with a mortgage for a house but it is almost anathema for a government to do something very similar. I am going to make the very simple case that we need to dispense with this illogical paradigm and start looking at how to build a stable, long term housing policy fit for purpose.

For the purposes of this exercise I looked at a couple of example mortgages available from the commercial banks today. One typical one offered me a £90,000 mortgage with an initial interest rate of 4.2% fixed for 2 years. Assuming that that rate didn’t change over the 25 year term of the mortgage I would be faced with paying £485 per month for those 25 years until the loan was paid off. The total amount repaid (discounting inflation) would be just over £145,000. Given that we are currently experiencing historic lows in our interest rates and that they are unlikely to drop further this gives us the lowest bound to the repayment. Add in, on top of that, the profit margin demanded by a private landlord and the costs soon mount up rather staggeringly. It really is no wonder that many of the UK’s richest people are in the property market.

But what would happen if the Government borrowed that money instead and invested it in a social house for me? Today, May 4th 2015, a 25 year UK bond attracts an interest rate of 2.515% (Source: http://uk.investing.com/rates-bonds/uk-25-year-bond-yield). The first thing to note is that this interest rate is guaranteed to be fixed for the entire 25 year term. There could be no uncertainty over the possibility of unaffordable interest rate rises of the kind which led to so much chaos during the 2008 crash. This opens the way to a long term government housing policy rather than the election-by-election tinkering we see now.

At this lower interest rate we could charge the same £485 per month and expect to have the loan paid off in full almost five and a half years early at a total cost of only £114,500, a saving of £31,000 or 21%. By having the government borrow for us, we can afford five houses for the price of four! Alternatively, the monthly rent could be cut by £80 per month and the 25 year term maintained whilst still undercutting any private landlords (even if they pass on their bank mortgage at cost).

What happens after the loan is paid off could be a matter for government policy. The rent could be maintained, providing the government with a ready and reliable revenue stream. Or the house could be granted at a discounted rate or entirely rent free to the tenant for the remainder of their occupation (with the house returning to the social stock once it is no longer required), or the rent could be reinvested into more housing stock to keep up with demands from population growth and (dare I mention that dreaded word?) immigration. The UK’s population is growing at less than 1% per year meaning that we’d need just one new house built every year for every one hundred in the stock. The rents from those hundred could easily accommodate for that level of demand. Our hypothetical £405 per month rent for 25 years is now just £410 per month, still greatly cheaper than our private landlord and we no longer need to worry about the costs of housing the next generation (wherever they come from).

Of course, many other questions still remain underneath this housing policy such as: where do we build these houses? (the old green belt versus inner city regeneration question), how do we manage (or tax) the land on which they are built?, what infrastructure do we build around them?, or how can we encourage business development in or near these areas to provide jobs for the residents. These are most certainly vital questions to be answered as part of a holistic and complete housing policy but one thing is certain. Neither your bank nor your private landlord concerns themselves with these questions. Even if none of them are answered within this article I believe that I have demonstrated that allowing a government to borrow to invest in our society need not be the terrible thing that some politicians would have you believe it would be. Surely, lining the pockets of the banks and landlords the way we currently are is the least effective, most costly way we could possibly be doing it?