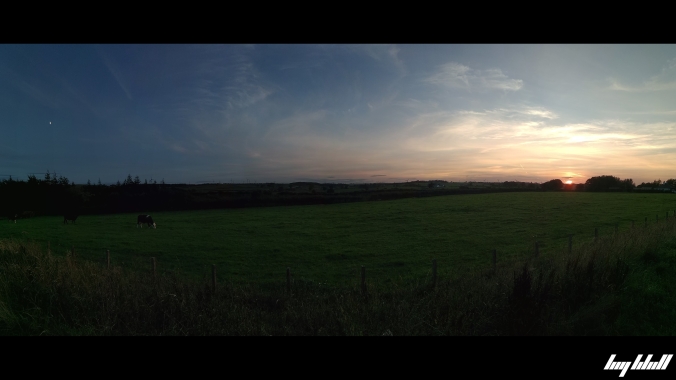 Light and dark, land and sky in perfect balance. As all things should be at the turn of the year.

This year past has been one of the most rewarding I’ve experienced so far but also one of the most challenging. Principally, my colleague Ben’s moving from Head of Policy at Common Weal to Editor of CommonSpace led to me taking on the joint role of Head of Policy and Research and taking on roles in the co-ordination of various lines of policy work with various groups and volunteers who having been working with us in addition to the six policy papers I have personally authored through the year.

This doesn’t include the various newspaper articles and media appearances in which I’ve represented Common Weal nor my ongoing and extremely enjoyable Policy Tour in which I have visited pro-indy political party branches, Yes groups and, of course, Common Weal locals all over Scotland. I don’t have an exact count of how many talks I’ve given this year but I think I’ve been averaging around three per month. (I’m already taking bookings for 2019 so if you’d like me to visit your group, give me a shout)

Thanks again to Lorna for painting this for me

The draw on Common Weal’s resources has never been higher and our profile in Scotland’s political sphere is rising to the point where we have on occasion been notable by our absence. Volunteers such as Peter Ryan, Craig Berry and Elliot Bulmer produced papers for us and the year saw the formation of Common Weal’s Energy Working Group – a collective of energy experts who have been basically designing a brand new energy network and policy framework for Scotland from the ground up completely on their own time. I once asked them if they ever saw themselves forming an independent think tank of their own to which the response was “But we like the Common Weal name”.

So to Gordon, Keith, Iain, Ron and the rest of the team and to all of the other policy volunteers – thank you. Common Weal has achieved so much more with you than we could have without. I look forward to continuing to work with you through 2019.

All of this output did come with its challenges. For a think tank of half a dozen staff and a bare skeleton of funding, we’re producing more work in a month than some far larger groups do in a year. Too much, in some cases, or – at least – too quickly. Six papers, briefings and consultation responses in September nearly burnt us out. Going forward into 2019 we’re going to try to limit ourselves to one publication per month (with that in mind, we managed three in December…).

This has all been immensely exciting and interesting but it has had an impact on this blog. My already irregular blogging schedule dropped from 49 articles in 2017 to just 25 (including this one) this year. But despite this, almost 40,000 of you have visited over the course of the year. Whilst this is down overall from 52,000 last year that means that more of you are reading each article. I’m well aware that this blog is still a mere blip on the Scottish political blogging scene but I’m heartened by every message I get from folk who tell me how much they appreciate especially my articles debunking dodgy statistics or explaining complex political and economic topics. You’ll be seeing more of this through 2019 as I think we’re entering a stage of Scottish and UK politics where we’ll need it more than ever.

This has especially been the case with topics around Brexit with three of my top five most read articles this year being about the political stramash that the UK has inflicted upon itself in the past couple of years (the other two were about the Growth Commission which is an entirely Scottish stramash which is still ongoing).

My plans to write a book on introductory economics for the political activist fell through with everything else going on and it has ended up as a half-finished manuscript in the proverbial drawer though I have since picked up another project that is showing some promising signs and has received some interesting feedback from those who have seen early sections.

I want to thank every one of my colleagues and all of the members of the Common Weal family throughout the year. You’ve all been amazingly supportive through thick and thin.

To all the friends who’ve left through the year. Some who have continued onwards on their own journeys and others who have proceeded onto their final one.

To all the new friends I’ve met along the way including one ray of light in particular (you know who you are).

You are why I keep going the way I do. We’re all pulling along together and it’s together that we’ll win our fight for a better Scotland.

So get yourself out partying tonight. Spend the next day (or two) recovering. And then we can start looking forward to making 2019 a year that Scotland will never forget.