I have a bit of a bugbear about the way many of us approach economics and the future potential of things like an independent Scotland. We focus rather too much on chasing after “growth”.

This focus permeates much of our thinking about the economy and what we should do to improve it. It frames our analysis of policy to the point where we can sometimes struggle to imagine any kind of alternative. “Growth is good”…even when it’s not.

But we live in an economy where we have experienced near-constant growth for decades. We have not all been equal participants in that growth. Of the nearly $4.5 trillion added to global GDP between 2016 and 2017, 82% of it was captured by the richest 1% of people. The poorest 50% of people saw no increase in their wealth at all.

Faced with such rampantly growing inequality, there have been steps taken to try to, if not solve the problem, at least make a it more palatable to voters.

Prior to 2008 the general philosophy around economic growth took the form of “Trickle Down” theory. This is the idea that if the richest are made even richer – via tax breaks and other “incentives” – then they will create jobs and help the rest of us become wealthier.

The main problem with this idea is that it hasn’t worked anywhere in the real world.

Of course, some even today still advocate this kind of economic thinking. Usually the argument is advanced by the kind of fiscally conservative person who is fairly sure that they won’t be the ones that the wealth will be trickling down onto. Funny how these things work like that.

Through the early part of the 21st century and especially since the 2008 Financial Crisis an alternative concept has begun to surface. The idea of “Inclusive Growth“.

This is the concept that economies should be geared such that as they growth, they should benefit all people rather than just the few already at the top. It has become a popular concept and has been adopted by organisations such as the OECD and the Scottish Government as one of their core metrics of economic performance.

Are We Being Included?

My first concern with Inclusive Growth is the idea that the two concepts, “inclusion” and “growth” must be tied together.

When an economy is growing, it absolutely should be the case that the growth should benefit all. The “rising tide should lift all boats”. But economies don’t always grow.

The 2008 Financial Crisis should have been a wake-up call to this. When the banks crashed and took the rest of the economy with them, nearly everyone suffered for it…except the folk who caused the crash. They got bailed out by the state and then went right back to down what they were doing before the Crash. The rest of us have suffered a lost decade of economic stagnation.

By tying inclusion to growth, we risk the same thing happening again. If we somehow manage to achieve truly inclusive growth but the impact of periodic recessions and Austerity fall hardest upon the poorest then income and wealth inequality will still increase. 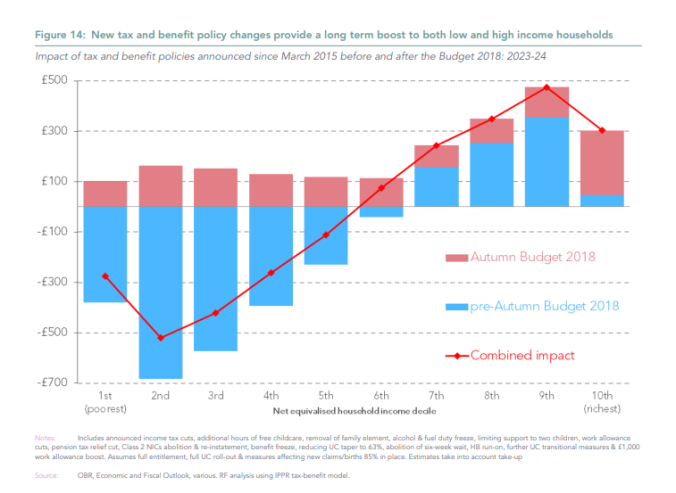 It may also be the case that an economy runs a sustained period of little or no growth but if, during this,  wealth is still increasingly captured by the wealthy and no effective redistribution takes place then the net result will be a shrinking economy for most of us.

I had the opportunity to put these concerns directly to the Scottish Parliament’s Economy, Jobs and Fair Work Committee back in January this year (See from 2:05:00 in the video below) and I do hope to be able to engage again in the future to adapt their thinking towards this.

My second concern lies in the approach advocates take towards “Growth” itself. Much of the thinking around inclusive growth is still tied to the concept of economic growth at all costs. The Scottish National Party’s Sustainable Growth Commission is a case in point in this respect (and, indeed, the hint is in the name). My critiques on this aspect of their report are available here and here.

The fact is though that we live on a finite planet. One in which we are probably already well over the carrying capacity for sustainability. Further growth is, by definition, unsustainable no matter at what pace or how fairly it is distributed.

The recent IPCC climate report has given us a timeline of just a little over a decade to make drastic changes to our economy if we want to avoid the worst impacts of anthropogenic climate change. We have barely enough time to convert our existing economy to a decarbonised one and every quantum of growth that we create that is not at least carbon neutral is one that makes it even harder to meet that goal. It’s very possible that we need to seriously consider the idea of creating an environmental “war economy” where a substantial part of our economic activity is dedicated to fixing the damage we’ve caused to our planet. The sooner we start, the easier this job will be. The more we delay, the harder we’ll have to work later.

I’m quite taken with the concept of the “Doughnut Economy” where one measures things like provision of housing or social welfare not just on the extent to which they meet the needs of the people but also the extent to which they negatively impact the environment. Balancing both of these will be our greatest challenge in the decades to come. Right now, not a single country manages to find that “sweet spot” between the two limits. I’d quite like to try to measure Scotland’s place in this idea. Perhaps this will be a project for the near future..

At some point – sooner rather than later – we’re going to have to start thinking about metrics other than “growth” as a measure of economic success.

One possible alternative measure – beyond inclusiveness and equality – is “development”. Goods and services should be improved – better performance, better efficiency, better design, better longevity – and they should be designed with the goal of improving the lives of those who use them. Our economies should aim to make us healthier and happier. This may, but needn’t necessarily, result in economic growth. Indeed, replacing our “fast fashion” consumer economy with one based around better quality, longer lasting goods might well result in a shrinking of that consumer economy. We should be designing our goods to be easier and cheaper to repair than to replace and setting up hubs to train people to be able to do so. Other ideas such as lending libraries for tools or baby clothes would make more efficient use of goods (I’m sure that almost everyone has bought a hammer or a power drill to fix or install a shelf and then stuck it in a drawer for years unused).  All of this might lead to a smaller economy in terms of fewer goods bought and sold, but it’ll be a much more sustainable one.

Other metrics such as overall happiness of citizens could be explored – this is something that has been officially adopted by the Kingdom of Bhutan.

After all, what does it profit us if our economy means that a few of us are as rich as Midas but we all end up just as unhappy?

I have no problem with advocates of Inclusive Growth who are genuinely focusing on the inclusiveness within it. But I really do want to caution against the attachment to growth whether that is because growth itself is inherently unsustainable or because we need to ensure inclusiveness regardless of the direction of the economy.

At my most cynical, however, I want to guard against those who see inclusiveness merely as a means to sanitise the old model of Growth At All Costs. Those at the top of the income and wealth scales benefited hugely from decades of the failed promise of Trickle Down. If they attempt now to sell us on a version of more-or-less the same but with an extra tap turned on at the top, then we should be ready to reject that “offer” and replace it with one that brings genuine inclusion for all of us.